There is a maternal health crisis in the U.S. Maternal mortality rates in the U.S. have significantly increased over the last 25 years, jumping 50% between 1987 and 2013.1 According to the Centers for Disease Control and Prevention (CDC), nearly 700 women die in the United States every year as a result of complications due to pregnancy or birth, and about 60% could be prevented.2

Today, the United States is the most dangerous place in the developed world to give birth,3 and the crisis is even more dire for Black women. Black women are the most impacted by the increase in pregnancy-related deaths. Black women are 3-4x more likely than white women to die from a pregnancy or childbirth-related issue.4

Many factors contribute to this inequity, including:

Home to the third-largest Black population in the United States, the state of Georgia has the second-highest maternal mortality rate in the country.6 Women in the state are more than 50% more likely to die in the first year after giving birth than women nationally.7 Since 1994, more than 30 labor & delivery units have closed in the state, and more than half of Georgia’s counties have no OB-GYN care or services. As a result, the women of Georgia live in maternal healthcare deserts, isolated from the care they need.8

The time for action is now!

Join the Hack4Equity: a virtual hackathon to innovate solutions for Black maternal health equity in Georgia. 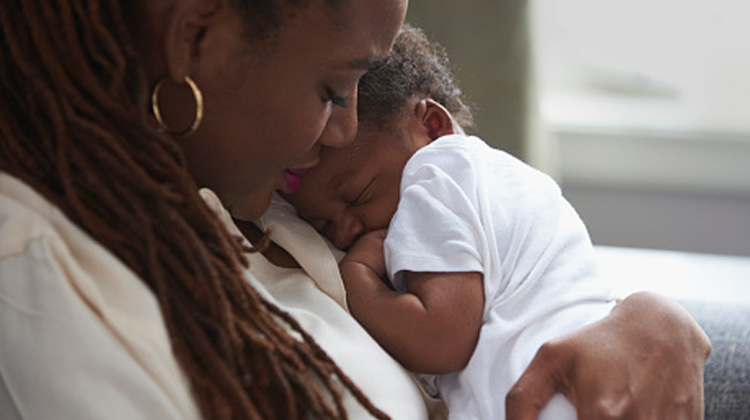 Each team will have an opportunity to pitch their solution idea, demonstrate their paper and/or coded prototype(s), and walk through their proposed implementation roadmap and expected impact.

A healthy pregnancy begins before conception and extends for a full year after the baby is born. How might we innovate to empower Black women in the state of Georgia to gain the knowledge, access and agency to thrive before conception, during pregnancy, birth and post-partum?

Reducing racial disparities in healthcare is a key step to increasing Black maternal survival and ensuring that women have positive pregnancy journeys. How might we innovate to improve quality of care for Black mothers in the state of Georgia and reduce race-based biases in the maternal health system?

Black women are disproportionately at risk of negative mental health and birth outcomes due to living in an inequitable system of structural racism. The resulting inequities negatively influence health outcomes for Black women, which must be considered a public health crisis. What community-based innovations might improve Black maternal health outcomes in the state of Georgia by tackling inequities as a result of structural racism and/or social determinants of health?

Get creative! How might we innovate to improve Black maternal health outcomes in the state of Georgia?

We welcome innovators from all walks of life and locations to participate and form teams of three to five persons. While the solution should be local, a great idea can come from anyone anywhere. Innovators can include, but are not limited to:

Bring your own team or find one through the pre-events! You must register as an individual to participate and gain key event information.

We invite you to share this information with other interested parties. Please reach out if you have any questions.

Hack4Equity is brought to you by: